The Department of Welding Technology (Formerly the Department of Industrial Assembly) is one of the first 6 specialized faculties that was established since the establishment of the university.
From 2000 to 2006, the Faculty trained skilled technical workers; Since 2007, the Faculty has been assigned by the University to train 03 levels of vocational training: Vocational College, Vocational College and Primary School.
Department selected Korean vocational training standards of international standards.
The Faculty has 12 teachers, 10 teachers have graduated masters.
Current student – student flow of the faculty: 350 to 400 students.
The facilities of the department are synchronous and modern, including 10 practice rooms, including:
– 03 high-tech welding room
– 02 electric welding rooms
– 01 welding room
– 01 virtual welding room
– 01 pipe processing room
– 01 room for manufacturing billet
– 01 sheetmetal room
Every year, the Department receives a lot of good and modern equipment from the Ministry of Labor, Invalids and Social Affairs, Nghe An province and the school. 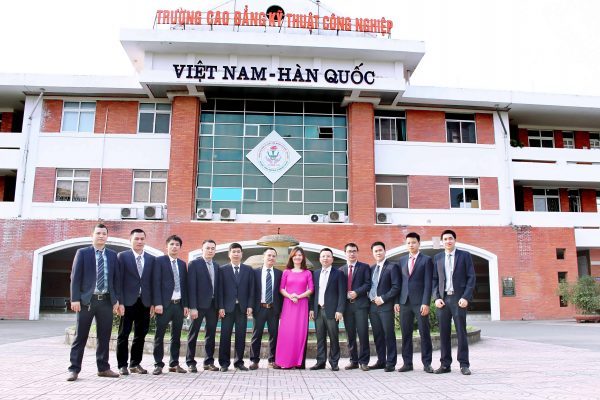 I. ACHIEVEMENTS
The Faculty has always received the close attention and guidance of the school leaders along with the solidarity, enthusiasm and dynamism of the teachers and students, since its establishment until now, the department has obtained These achievements, encouraging results such as:
About the teacher:
– Second prize of the National Lecture Conference in 2006
– Second Prize of Nghe An Provincial Teaching Association in 2006 and 2011
– Third Prize of Nghe An Provincial Lecturer Conference 2014, 2017
– Consolation Prize of Nghe An Provincial Lecturer Conference in 2011.
Regarding training:
– Certificate of World Excellence in 2015.
– ASIAN Silver Skill Award 2014
– Certificate of Excellence ASIAN 2010, 2016
– First prize at the National Skill Competition 2014 and 2016
– Second prize in the National Skills Competition 2010
– Third prize in the National Professional Skills Competition 2012
– Consolation Prize National Skill Competition in 2004, 2006 and 2008.
– First, Second Prize, good job every year organized by Nghe An Province and Nghe An Provincial Youth Union.
– Training classes to improve vocational skills for vocational teachers of secondary schools and colleges in the Northern provinces.
– Training to improve skills according to the orders of companies such as Formosa, Nghe An Sugar Company, Nghe An Water Supply and Sewerage Company …
– Faculty has compiled many specialized curriculum to better serve the teaching.
– Every year, the faculty organizes teaching short-term welding classes 3G, 6G.
– 100% of students after graduating will have stable jobs in industrial parks, companies and factories nationwide such as Lilama Erection Corporation, Formosa Group, Posco Group … including many students who are working in Korea, Japan, Middle East countries …
About DIY teaching equipment:
– First prize in Nghe An province’s DIY teaching equipment contest in 2015
– Third prize in the contest of DIY teaching equipment of Nghe An province in 2010 and 2013.